See that stack of money with the googly eyes? That's the money Geico is saving on sales taxes in Amherst, NY, where it's expanding a call center.
Geico's story is just one of many 2009 business stories that will affect local economies in 2010. We list here the five we found most fascinating. Many carry a common thread: state and local tax incentives.
Much was written in 2009 about the federal Troubled Asset Relief Program (TARP) and federal stimulus dollars (American Recovery and Reinvestment Act of 2009). But state and local governments continued to offer varieties of incentives so communities could capture the holy grail of economic development: jobs -- no small feat when the unemployment rate is around 10 percent and corporations are looking to save money, especially on labor costs.
The Associated Press on Jan. 2 ran a story carried on msnbc.com saying some communities, in what's termed clawbacks, want incentives returned when companies don't hire as many workers as they say they will. It noted few national statistics are available on the use of incentives.

We don't look at incentives as right or wrong. Online comments posted with stories at news sites run the gamut from branding them as "corporate welfare" on one side or "welcome to socialism" on the other. Some blame government and union "thugs" for companies' troubles, others cite corporate greed.
Those who hold jobs subsidized by incentives no doubt earn more than if they were on unemployment. And their earnings continue to flow through their communities as they buy goods and services with the wages they earn.

We hope these five examples compiled from news reports cited below fascinate you too, and maybe stimulate you to contribute some finds of your own for our comments section.

Geico: Ensuring the insurer jobs
In August, Business First of Buffalo reported on an incentives package put together by the Amherst Industrial Development Agency for Geico for a call-center expansion. Geico, the paper said, already employs more than 1,700 in Amherst. The expansion would mean 91 hir

es immediately and 536 over the next decade as Geico branches out from car insurance to homeowners, renters, condominium, flood and boat insurance. An expansion would also mean buying about $1 million dollars in furniture that normally would generate $91,094 in sales taxes.
The agency said it would forgive the sales tax if Geico would expand in Amherst. The story pegged the Geico expansion's economic impact at $20 million.
Agency directors 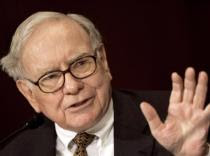 approved the tax break by a 4-1 count with only University at Buffalo Professor Stuart Shapiro dissenting. Shapiro said Berkshire Hathaway is a major shareholder in Geico and Berkshire Hathaway is chaired by billionaire Warren Buffett (at left).
“I think they can afford to pay sales taxes like the rest of us,” Shapiro said."
[Geico actually is a wholly owned subsidiary Berkshire Hathaway.]
Update: Geico went back for more. Minutes of the Amherst Industrial Development Agency's September 2009 board meeting show approval of $815,428.43 in sales tax savings over 10 years on purchases expected to be $9.3 million. They returned to lock in savings as New York's Empire Zone Program was changing.
But wait, there's more.
Berkshire Hathaway soon after offered to pay $26 billion for Burlington Northern Santa Fe railroad. Bloomberg news, citing an SEC filing for the railroad deal, said Berkshire Hathaway shed about 21,000 jobs, or 8.6 percent, of its workforce between 2008 and 2009. About 100 of those jobs were at its Buffalo News, which includes Amherst its coverage area. A Dec. 20 Buffalo News editorial took the state to task for changing the rules of Empire Zones and noted twice that the change could harm Geico and its 1,500 jobs in Amherst. The online editorial and earlier news stories on the topic did not tell the newspaper's relationship to Geico.
Berkshire Hathaway in November reported earnings for the first nine months of 2009 were nearly $5 billion. Geico's pre-tax contribution was $459 million. The company does not break out the Buffalo News earnings but lumps them together in a group with "other services," including NetJets. The group's pre-tax loss for the first nine months of 2009 was $67 million as group revenue declined.

Mercury Marine: Fond du Lac vs. Stillwater
These are tough times for outboard motor maker Mercury Marine and its parent, Brunswick, a leader in marine 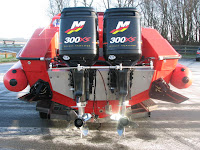 , fitness, bowling and billiards products. But consumer spending on leisure times is down.
To cut costs, Mercury Marine considered shifting much of its manufacturing work from its Fond du Lac unionized plant to its Stillwater non-union plant, which also benefited from Oklahoma state tax credits through a legislative act dubbed the MerCruiser bill.
At least it's not Mexico, some observers told Jilted Journalists when the move looked certain.
Gannett Wisconsin Media, the Milwaukee Journal Sentinel, the Stillwater News Press and others covered various aspects of the deal-making with 2,000 jobs at stake.
Mercury Marine asked 850 Fond du Lac union members, reportedly earning about $40,000 a year each, for wage concessions and said if they didn't pass, they'd shift not only the manufacturing jobs but possibly the whole Wisconsin headquarters operation, too. The union first rejected concessions in an Aug. 23 vote, and Mercury said the manufacturing jobs were on their way to Stillwater.
Stillwater officials cheered.
Wisconsin Gov. Jim Doyle said his state came up with a $70 million incentive package including a combination of tax credits, grants and forgivable loans. The city of Fond du Lac offered up $3 million. Fond du Lac County offered up a low-interest, forgivable $50 million loan to pay for research into an environmentally friendly outboard motor and other company expenses. The loan would be funded by a half-percent sales tax, the county's first.
Mercury allowed the union a second vote Sept. 4.
Concessions passed.
Mercury agreed not only to stay in Fond du Lac, but to shift work and jobs there from Oklahoma.
Stillwater officials booed.
Mercury Marine repaid Oklahoma about $1.6 million in credits and announced the Stillwater plant will close in 2012.
Shoppers in Fond du Lac County will begin paying their new sales tax on April 1, 2010.
Stillwater officials said that although they are losing the MerCruiser plant, the near-deal put them on the economic development map and other firms are inquiring about locating there.
Brunswick reported a $462.2 million loss for nine months ending Oct. 3.

Huffington Post, Denver Post, Denver and Milwaukee Business Journals, the Las Cruces Sun-News and others.
Incentives played a big role.
Colorado Gov. Bill Ritter said, "The City of Denver and State of Colorado worked closely with Republic over the past few months in an effort to keep as many jobs as possible here locally. However, as competitive as our package was, Milwaukee offered incentives we simply didn't have available to us."
Those incentives are about $27 million in tax credits through 2021 vs. just $16.5 million in Denver.
Republic is moving about 200 maintenance workers from Denver to Milwaukee, where it also gets Midwest's hangar deal that isn't free but costs less than it would elsewhere.
About 100 Frontier call center jobs in Las Cruces, N.M., are going to Milwaukee. The Las Cruces center opened in 2000 and once employed 200 workers. It closed Dec. 15.
Republic is adding 300 jobs in Indianapolis, where it will be eligible for up to $4 million in incentives. About 140 of those jobs will be filled by dispatchers, engineers and crew schedulers moving from Denver, which will still retain 3,500 workers Frontier workers -- for now.
Republic Airways in November reported $19.5 million in net income for the first nine months of 2009.

Pratt & Whitney: Should they stay or should they go now?
Hartford, Conn.-based United Technologies plans to close its Pratt & Whitney jet engine repair and overhaul operations in Cheshire and East Hartford, Conn. The case was widely covered in The Hartford Courant/Fox 61; The New Britain Record-Journal and other news sites.

Pratt & Whitney says it wants to send most of the work performed by about 1,000 Connecticut employees earning around $90,000 a year (including overtime) to its Georgia, Singapore and Japan facilities. Pratt claims costs at its Columbus, Ga., repair operation are 40 percent lower than at Cheshire.
The machinists union offered $63 million in cost cuts (especially overtime) and Connecticut officials offered incentives they said were worth $100 million over five years.
Pratt said the offerings were not enough to close the cost gap and on Sept. 21 announced the closure, discussed as early as 2008, would go forward. The union sued the next day in federal court. A trial got under way Dec. 21 in Bridgeport.
United Technologies is also the parent of Hamilton Sunstrand aerospace products, Carrier air conditioners, Otis elevator and Sikorsky helicopters. The company in October reported net income of nearly $2.8 billion for the first nine months of 2009. In December, UTX issued guidance that its 2010 revenue will rise and its margins will improve based on a weak dollar and 5 percent workforce reduction.

Goldman Sachs: A Beehive State of activity
The nation's sixth-largest bank didn't get aid just from the federal government, Goldman Sachs is taking a handout in Utah. The state aid package was covered by The Salt Lake Tribune, Desert News and others.
Goldman Sachs in 2009 repaid its $10 billion TARP loan plus in July paid another billion-plus to redeem stock-purchase warrants.
On Sept. 10, Utah officials agreed to up their ante in Goldman Sachs incentives to $47.3 million from the $20 million granted a year earlier for a 375-worker expansion.
Goldman told the state it now expects to add 690 jobs, averaging $85,00 in wages and benefits, in 2010, bringing its total state head count to 1,040. Bank execs had told Utah officials they might expand elsewhere without the incentive.
The money is in the form of tax credits for 20 years.
Goldman expects to pay $1.7 billion in new state wages over the 20-year life of the agreement.
The bank in October reported nine-months net earnings of $7.4 billion dollars.

Keeping track
What do you think? Have you got some favorite incentives?
Is it worth trying to develop a national data base of incentives? Goodjobsfirst.org tracks some and offers guidance to what it thinks good incentives are. We are also asking if business reporters need or want guidance on how to cover incentive plans.
Business coverage guides are available at http://www.sabew.org/ (Society of American Business and Editors and Writers), which recently relocated offices to the Arizona State University's Walter Cronkite School of Journalism and Mass Communication. The school is also home to the Donald W. Reynolds National Center for Business Journalism, which offers guides, commentary, tip sheets and other resources at http://www.businessjournalism.org/.
[Blog author is a Cronkite copy editor course instructor. We are not shilling for the related groups but seeing if there is a way they can be of help.]
Posted by Jilted Journalists at 11:09 AM 1 comment: